Home » FREE » Do You Complain About Bad Service? 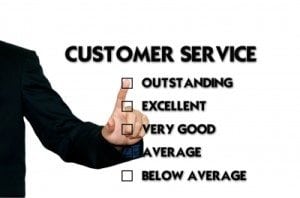 Have you ever found a foreign object in a piece of food? Did you write a letter to complain?

Have you ever received poor service at a restaurant? Did you complain about the service?

Have you ever had a store clerk speak rudely to you? Did you complain?

Some people feel like it’s not polite to complain, but a legitimate complaint should help improve quality and service, and it might earn you a freebie! Think about it, if nobody tells the restaurant that their fish is overcooked, how will they know? If you need a little encouragement to help spark that complaint letter, read on!

Don’t be afraid to speak up! It’s your right to complain, but it’s also your obligation to praise exceptional service!