Home » Travel » Vacation Begins with a “B” 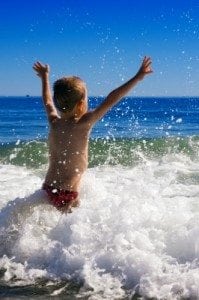 Twitter’s abuzz with vacation ideas for spring break and summer vacations to the beach, mountains and big city. People plunge headlong into planning trips, scheduling hotels and making plans. Sadly, many spend on vacation and think about the cost later. When the credit card bill arrives, they realize they overspent and wonder how to pay for it all. Debt does not have to be part of the vacation equation, though. With just a bit of planning, that horrible hit to the pocketbook could be avoided.

The cost of a weeklong vacation averages somewhere between $3,000-$5,000. Without a savings plan, most of us don’t have that kind of money ready to spend. One option is to pay by credit card and deal with the debt later. Did you realize that a $3,000 vacation, paid entirely on a credit card at 15% interest would end up costing almost $3,800 if paid off in three years. Instead of paying that $800 to the credit card company, why not plan ahead for this year’s vacation and use that money for you instead of the big banks?

Maybe I’ve convinced you, but you’re not sure how to save. Here are three simple ways your family can save money for vacation, using your hard-earned money for you instead of giving it to the banks. Ready?

1. Set aside a minimum of $50 from every paycheck for your summer vacation fund. If you get paid twice a month, that means a savings of $100 each month toward vacation. Of course, it requires a bit of self-discipline to live on $50 less per paycheck. Resist the urge to buy that great-looking blouse just because it’s on sale. Remind yourself instead that the money you would spend on the blouse is going instead toward an investment in your family. Ask yourself if the kids really need another cute little hair bow, or that sweet little teddy bear. Resisting impulse purchases is one of the easiest ways to create that $50 margin each paycheck. In just six months, that’s $600.

2. Skip the coffee drive-through. Television shows and movies glamorize gourmet coffee, but it’s not necessary to survival. I promise! Skip the fancy coffee for six months .At a cost of $3/cup (which is low), you would save $15 per week. Over six months that’s a savings of $360!

3. Eat out half as often. The average American family eats out four times per week. At a conservative $25 per meal, that’s $100 per week spent on restaurant fare. Making a simple adjustment to eat at home using semi-prepared foods such as preformed hamburger patties, rotisserie chicken from the deli or heat and eat frozen meals, you can cut that spending significantly. A family can easily dine at home for $10, saving a minimum of $15 over that restaurant fare. In six months, that adds up to $720 in savings.

These three savings techniques can lead to at least $1,680 saved by this summer. That’s more than half your vacation paid in cash, not on a credit card. That also means you get ahead toward the future. There’s no doubt about it, vacation begins with “B” for budget!

Today’s post was written by Karen Dawkins at Family Travels on a Budget. Besides planning great value vacations for her family, she enjoys cooking, playing games and walking her dog, Daisy. Karen’s vacation ideas have been featured in Woman’s Day Magazine and the Homeschool Handbook as well as on several different websites. Read more of her great ideas on her website

This was such an informative post. I am a college student so learning how to budget is essential. This post was very helpful in teaching a student like me little tips for everyday living. With spring break in my near future, this post taught me plenty of simple ways to cut back in order to save money. Great post, thank you for sharing!

Love all of these tips! Thanks for sharing!

[…] post can be found at Kristl Story’s “The Budget Diet.” Kristl and I met through blogging — we share a passion for doing things well as […]