Home » Travel » Top Ways to Save on Travel 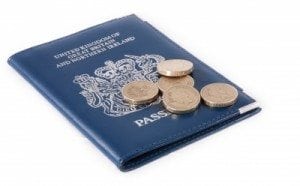 1) Sleep in hostels– Staying in hotels with no notice can often take the large majority of your vacation budget as well as taking up a lot of time due to no spaces. One way to avoid this is by staying in hostels, although they do not have a brilliant reputation, if your vacation is primarily focused on traveling, and you will be moving off early the next day then hostels can be the perfect choice. With no need to unpack all your belonging and a usually passable bed, hostels are normally a staple part of any vacation on a budget.
2) Use overnight trains– There are often many peak train times, where the price of a ticket is double that of at an off peak time. In a foreign country this can often be a confusing, unwelcome surprise. Saving money on vacation is all about information, if the knowledge of a night train to your next destination is known then a lot of money can be saved. Not only are they usually cheaper, but they also save on a night of accommodation. Likewise, they open up more daylight hours to you, meaning you get to see more of the country you have travelled to.
3) Speak the language – In countries where English is not the official language then speaking the local tongue can often save vast amounts of money. Although English is spoken by most people in popular foreign vacation destinations, some places are notorious for not wanting to speak English. If an attempt is made to communicate in their language however, then it is known that they may open up and offer more local information and better deals.
4)Share hotel rooms – If saving money is the key objective then this is often a great way to do so whilst staying in accommodation. Although it may not be the ideal situation to be in, triple and double rooms are often far better value than a single bed suite. The shared rooms are often very well furnished and are more readily available due to their relatively low demand.
5) Use a travel company – Although many people think that travel companies are more expensive than organizing the vacation by yourself, the converse is often true. When organizing yourself, it may seem, cheaper at first but there are often many hidden costs. With an experienced travel company the cost of the trip is known, and if booked early and as a group then the savings made could be substantial. In addition to saving money, you’ll save time by using a travel company, and as the old phrase goes, time is money!