Home » Coupons » Where Are the Double Coupons? 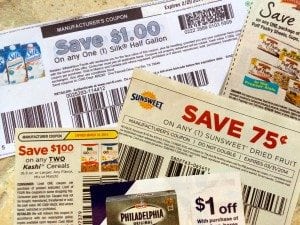 It was April 2011 when Kroger started slowly rolling out its plan to stop double coupons. Double coupons were an extremely popular cost-saving strategy among the coupon community and the changes were not accepted quietly. As the practice spread to other states in the Kroger stable and to other grocery store chains, the “Bring Back Doubles” movement launched a website.

While the website does not appear to have been updated since 2011 and the most recent Tweet appeared on May 1, 2013, the Facebook group continues to buzz with chatter. Shoppers want their doubles back.

Even in the heyday of double coupons, it was sometimes hard to tell which stores accepted them and which ones did not. Coupon policies within a supermarket chain varied from region to region and sometimes from one store to another within the same city. Shoppers were advised to check with their individual stores to see which ones would accept the double coupons.

Stores that no longer double coupons include most Kroger, Food Lion (Delhaize Group), Walgreens, CVS, Stater Bros., Rite Aid and Walmart. Albertsons does not have a blanket policy.

All is not lost, however. As of January 2014, several major chains were still accepting double coupons:

While it would be a big surprise to see double coupons again in all areas, in many cases, customers may still piggyback a manufacturer’s coupon with a store’s coupon for the same product.

The story behind the death of the double coupon reads like a crime thriller. It all goes back to a seemingly innocuous television program called, “Extreme Couponing,” which depicted shoppers using coupons, including doubles and triples, to take home hundreds of dollars’ worth of merchandise for next to nothing. Kroger was the first supermarket chain to discontinue double coupons.

In March 2013, when Kroger changed its coupon policy and promised to lower prices across the board, CFO Michael Schlotman explained that only “a very small number of shoppers” were using double coupons and that it made sense to spread those discounted dollars over a larger consumer base by lowering their prices.

It turns out that many of the absurdly huge savings shown on television were the result of shoppers buying coupons from businesses that offered the service and not by clipping and collecting coupons themselves. In many cases, the purchased coupons were counterfeit. In 2012, police in Phoenix, Arizona, arrested three women, who were living the lives of rock stars, for selling of bogus coupons. These figures put top level drug barons to shame. The quality of the counterfeiting wasn’t even that good; savvy shoppers were able to recognize the frauds from the screen shots on the TV program.

The Future of Double Coupons

Is there a future for double coupons? Will it be possible to squeeze the toothpaste back into its 50 cent tube? The answer is yes and yes. You can still get 50 cent toothpaste and even free items by stacking deals. Double coupons could make a comeback in some markets, and still do on special promotions and sales events. Supermarket employees are trained to recognize fraudulent coupons just as they are taught to spot funny money, and supermarkets that see their profit margins disappearing in a morass of double coupons have the right to restrict their use.