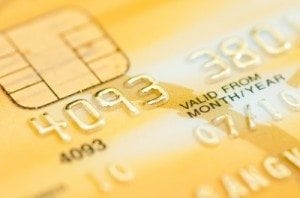 Are credit cards a danger to you or not? If you ask most people that question, they’ll probably say something like “As long as I pay my credit card bills in full each month, they’re not a problem.”

Well guess what? They might still be a danger, even if you do pay you them in full!

When rewards become unrewarding
The whole concept of earning cashback, miles, or points for your purchases can be a smart idea, but that only holds true when you are earning them on the purchases you would have made anyway. Rewards can become a problem if you start using them as an excuse to spend more. Here are 3 common scenarios where that can happen you might not even realize it.

1. Buying at places which are more expensive
Let me give you an example. MySimplyCash card from AmEx pays a 5% rebate at office supply stores. I know someone who has the card and just because of that rebate, they go out of their way to shop at places like Staples and Office Depot as often as possible. They go there to buy everything from computer paper to candy bars, just so they can get their 5% cashback.

Why is that problem? Because for many of the items they’re buying, I’m quite confident they can get them cheaper somewhere else. Off the top of my head I can think of several stores in the area that sell bulk candy for less. Yet this person insists on buying it at Staples, so they can get the extra rewards with their American Express card. Does that make any sense? Absolutely not.

Simply put, earning 5% cashback is totally pointless if it means you are paying 30% more for the item. Although this concept may seem like a no-brainer, you would be surprised at how many people do this unconsciously.

2. Spending more to earn more
This is another big problem with reward programs. Sometimes people get so excited about them, they actually spend more money so they can earn more. Once again, this obviously is quite foolish, but many people still do it nonetheless.

A perfect example of this is with those credit card signup bonuses. Some of them require you to spend upwards of $2,000 (in 3 months) before you receive the bonus. If you don’t spend that much, you don’t get it. I have heard from people who have signed up for these offers and then went out of their way to buy things they didn’t need, in order to qualify for the bonus.

Unless that bonus is so large that you’re actually making back more money than you’re spending (dollar for dollar), you’re just throwing cash in the trash.

3. Not realizing how much you’re spending
Now for this, whether plastic is a blessing or a curse really depends on how you manage your finances. Because I do all of my budgeting online, for me personally, paying with a card helps me track my spending more closely. When I carry cash (which I hardly ever do) I feel like it’s money that’s unaccounted for, so I won’t be as motivated to use it carefully.

On the flip side, many people have the opposite mindset – for them, plastic doesn’t feel like real money, so they aren’t careful with spending it. That is a huge danger. Even if they pay their credit card bill in full every month, that type of thinking can still lead to spending more than they otherwise would have.

Conclusion?
Even if you have zero debt and never pay a dime of interest, a credit card can still have a negative psychological impact on your spending habits. There are dangers of credit card rewards.