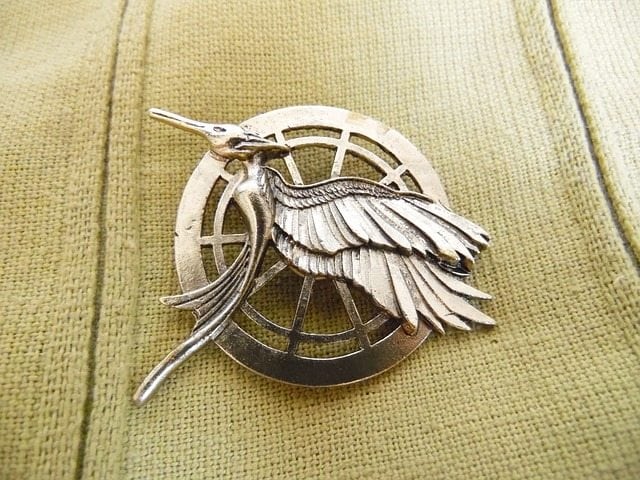 So you want to dress up this Halloween, or dress your child up without breaking the bank. But you also don’t want to do the simple run of the mill usuals like a ghost, a mummy or an American tourist. Who doesn’t want to be something current for Halloween right? It’s always about the latest and greatest, so here are some ideas for every member of the family.

Katniss Everdeen – For any female. Katniss from The Hunger Games (or as many people now call it “May the odds be ever in your favor“) stole our hearts with a handful of berries and she’ll steal the hearts of everyone at the Halloween party with her simple get up. 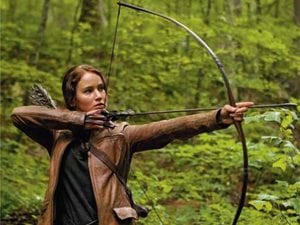 What you need: A brown jacket and a bow are the most important parts of this costume. Katniss sports a nice leather jacket but no one will notice if you go with something similar. Any dark shirt underneath and a dark pair of pants work well, even jeans can slip by. Match this with a pair of black or brown boots or shoes and you’re good to go! Bonus points if you can score a Mockingjay pin lookalike.
Ted (John Bennett) – For Dad or a teen boy. The movie Ted was pretty popular this year due to it’s naughty jokes and foul mouthed teddy bear. I can’t imagine any guy having a problem with this costume.

What you need: A teddy bear. Literally that’s about it. John rocks a variety of outfits in the movie so go with whatever you feel like rocking. Besides this costume is all about the attitude and banter. Memorize a couple great lines from the movie and you’ll be scoring laughs all night long.

Carly Rae Jepsen – For Moms or teen girls. There hasn’t been a bigger breakout star this year than Carly with her tune that everyone has heard one too many times.

What you need: A dark brown wig, a mic and the lyrics to Call Me Maybe…not that you don’t already know all the words. For outfits just pick anything from her video and match up as closely as you can. Don’t worry, everyone will know who you are once you open your mouth.

The Old Man from Up – Honestly anyone can pull this off because it’s just so adorable. This isn’t the most recent costume idea on the list but it’s a guaranteed hit at any party. 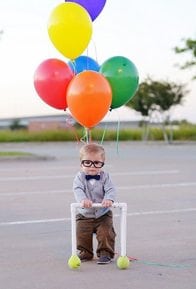 What you need: A walker (borrow grandpa’s), a cardigan, and some glasses. Then blow up a bunch of balloons with helium and tie them to your pants. Good luck getting through the night with all of them inflated though!
Steve Jobs – The late and great Steve Jobs’ passing was met with a level of dismay and sorrow that we haven’t seen since Princess Diana. We imagine there will be a good number of Mac lovers paying their respects this October.

What you need: Glasses, a black turtleneck, jeans and white shoes. Simple, timeless and thoroughly nerdy.

Angry Birds – Great for anyone and whole family themed costumes. Angry Birds are as popular as ever thanks to their developers rolling out additional versions of the game every few months. This one is sure to be a favorite with the kids and can save you a boatload of cash this Halloween. 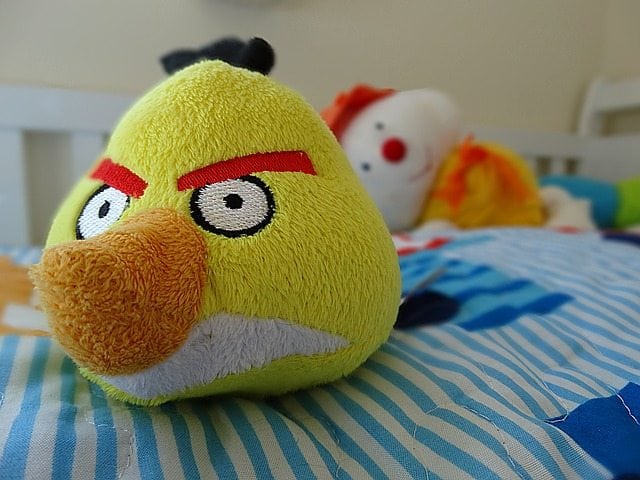 What you need: Beaks, a smattering of makeup and either red, black, yellow or blue clothes. If you happen to have 3 babies dress them all as blue birds, trust me they’ll be in 50 Facebook photos the following morning.

And there you have it, all basic costumes that you can hopefully throw together for $5 or less. Got any other ideas that we’ve missed? Throw them out in the comments below!

Thanks! Very cute! Can’t believe Halloween is coming up already! My how time flies! Time to get innovative with 8 kids to dress up! 🙂

I like these ideas and they really are cheap! That little boy is just too cute.

I wish I had a little toddler boy to dress up like Mr. Fredrickson! So cute! Halloween costumes are not my forte, but I think even I could come up with a Katniss costume.

Oh my gosh, the little old man from UP is hysterical. I doubt I could convince the school to let my son bring in the balloons for the Halloween party, but if I could I would totally do this one!

It’s my favorite too! Too bad my little boys are all grown up!

Those are some really cute ideas. Love it..especially I know my daughter would want to be Carly Rae.

Love the Ted idea and my nearly 2 year old would be perfect as the old man from Up. Thanks for the cute ideas!