Home » Smart Money » Budgeting » Could You Save Money By Ditching Your Home Internet? 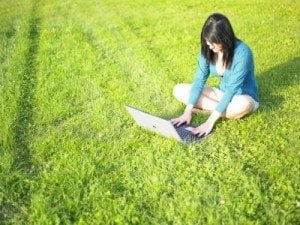 Paying for internet from cable or phone companies can become quite expensive. Furthermore, wired internet options do not allow the freedom to leave the house and still have internet access. If you spend tons of time in lines waiting to pick up kids from school or watching your children participate in various activities, you often have time available to work via laptop or tablet but don’t have internet access.

Why Go the Wireless Route?

Most wireless internet options include at-home internet access plus internet on-the-go service. So, why you would need a mobile internet connection with all the free hot spots available at coffee shops and fast food joints? Even though free internet is offered in some locations, there are still many places where free internet service is just not available. For example, most doctors’ offices, formal sit-down restaurants, ball fields, dance studios, gyms, older buildings and many other locations do not regularly provide free internet access.

There is also the risk of an insecure connection. Connecting to an open hotspot can make your personal information and logins vulnerable to anyone else using the same connection.

Which Wireless Internet is Right For You?

There are various options when it comes to wireless internet including 3G, (or third generation) and 4G, (fourth-generation) internet, mobile broadband, WiMAX and LTE services, according to PC Mag. Wireless internet connections work using radio waves, allowing users to access the internet in virtually any location in which the signals are available. Read below for more information about each type of service:

Breaking It All Down

Wireless internet technology means being able to access the internet at a variety of locations. Most truly mobile services are housed within a phone. However, some modems are even built inside newer models of laptops and wireless internet companies can even provide on-the-go internet for older laptops. This means wireless internet customers can travel cross country and have consistent access to the net.